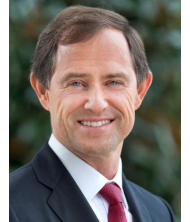 He joined the United Nations at Harvard University, where he served as executive director of the Belfer Center for Science and International Affairs at Harvard Kennedy School.

He has held senior positions in the United States government, including Deputy United States Ambassador to the United Nations and Director of Global Affairs at the National Security Council, where he was responsible for peacekeeping and humanitarian action.

Professor Orr is fluent in Spanish and Mandarin.